The farmer pointed out a hole in the wood which was not visited in 2008. Approximate position.

The heavily vegetated depression was visited in 2011 and 5 possible holes documented. 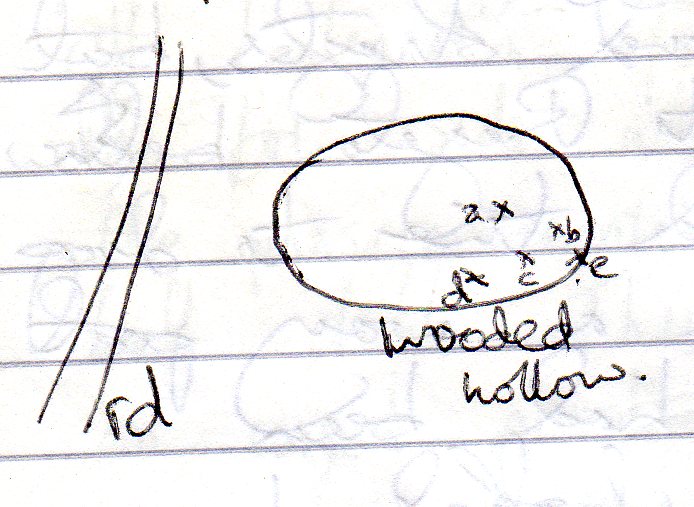 a: A low bedding plane about 4.5m long. Possibly draughting.
b: A low level crawl inaccessible due to a boulder and a triangular hole in the floor with a small chamber below.
c: An entrrance leads to a bouldery chamber (?) with a bedding plane and daylight seen on the opposite side.
d: A belly crawl of about 2m into a large chamber which is "boulder filled". Several possible ways to push but all choked.
e: Running water (after wet weather) sinks higher up on the SW edge of the hollow. Some boulders were removed and a cave "entered to find boulder digs within."

Another visit at Easter 2013 revealed three holes close together where the left and centre ones connect. The right hand hole enters a 3m diameter(?) low chamber via a flatout wriggle. A small trickle of water was uncovered, emerging and sinking in very small slots.